As of this morning, Club 1872 has received no response to its letters to Councillors Susan Aitken and David McDonald regarding the Ibrox Fanzone. We are aware that David McDonald has issued a statement via social media which completely fails to address any of the question marks over their involvement. Since neither he nor Susan Aitken has seen fit to respond to any correspondence, we are now releasing the letters publicly.

Until these points are answered in detail and until their role in this decision is publicly explained, Councillors McDonald, Aitken and Stephen Dornan should understand that this matter is not going to quietly disappear. 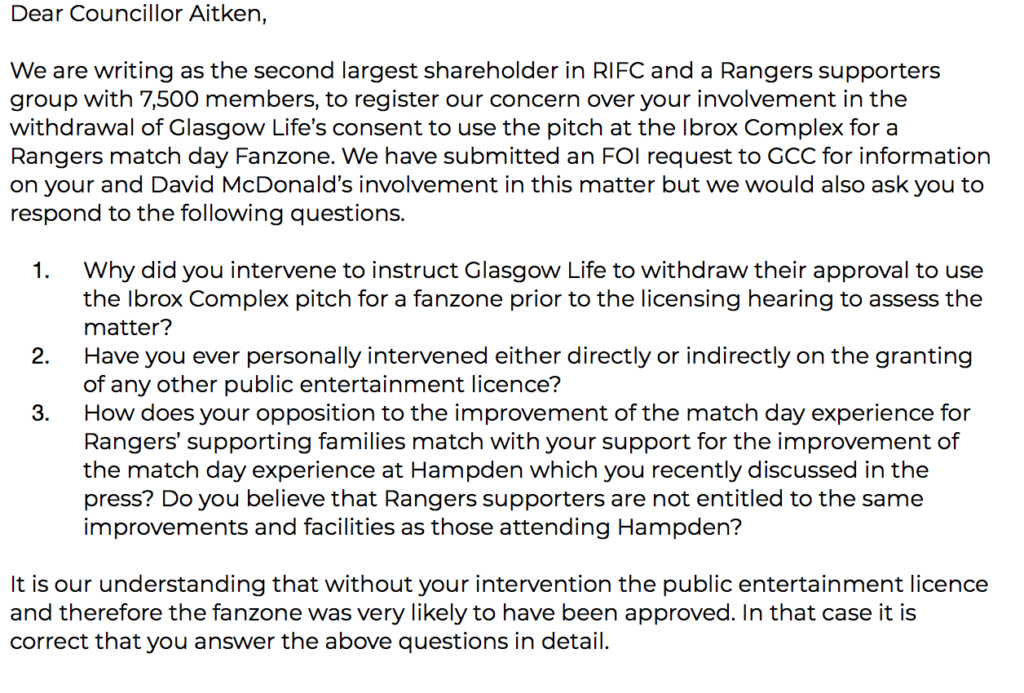 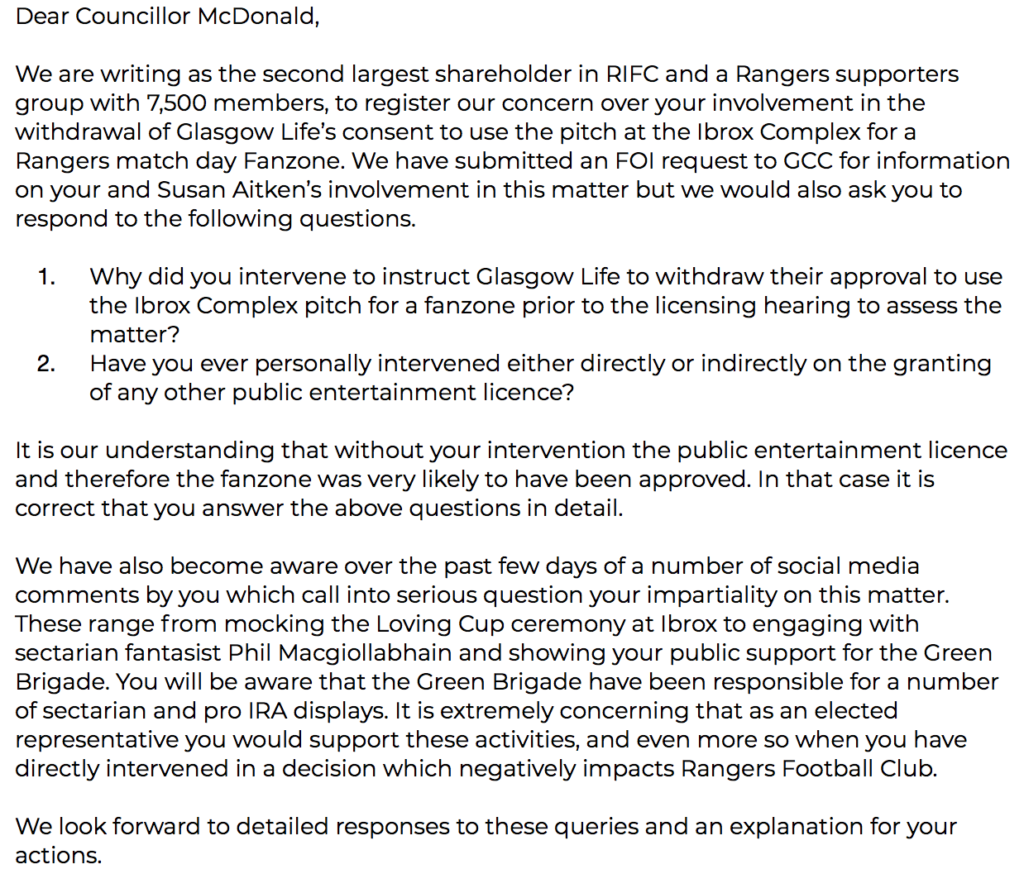